Two of the many turmeric benefits that got me all fired up are weight loss and pain relief from arthritis.

If you’ve read my blog about losing belly fat, you will know that my knees’ shock absorbers are wearing out, to the point that hours of strenuous activity can result in excruciating pain for days.

Therefore, I would love to find out what I can do to ease the pain. At the same time, use Turmeric to reduce belly fat, because I have a big belly too.

Turmeric has plenty of health benefits, and one of them is weight loss. There is much research supporting Turmeric’s effectiveness against belly fat and a slew of different diseases. From arthritis, anxiety, muscle soreness, inflammation, and many more.

What makes Turmeric so powerful?

[source: Curcumin: A Review of Its’ Effects on Human Health]

As I mentioned, there are many studies about Turmeric and its potency against belly fat. The following are just some of them:

In a complex study of food that prevents obesity, Turmeric is one listed. The following are among other foods that solicit weight loss:

India and other Asian countries use Turmeric as a spice. Turmeric has been used over 3000 years as a natural medicine for a variety of illnesses.

What makes Turmeric potent against many diseases is its curcumin component. There are many studies about Curcumin for generations.

And all the studies indicate that Turmeric has anti-inflammatory and anti-obesity characteristics.

Effect of Curcumin on Anthropometric Measures: A Systematic Review on Randomized Clinical Trials

The research was done over a clinical trial on Turmeric’s effectiveness on belly fat. Databases such as Google Scholar, Pub Med, Web of Science, Scopus was studied.

Eight randomized clinical trials were included in the review. Five articles used the raw form of Turmeric and did not produce any significant result.

The Effects of Curcumin on Weight Loss Among Patients With Metabolic Syndrome and Related Disorders: A Systematic Review and Meta-Analysis of Randomized Controlled Trials

Another analysis of significant health databases such as MEDLINE, EMBASE, Web of Science, and Cochrane Central Register of Controlled Trials, resulted in strong evidence that Turmeric can reduce belly fat.

Overall, participants taking Turmeric reduced their weight, belly fat, and leptin. Leptin is the “hunger hormone.” One thing to note is that there was no change in the hip department.

[source: The Effects of Curcumin on Weight Loss]

Recent Advances in Obesity: The Role of Turmeric Tuber and Its Metabolites in the Prophylaxis and Therapeutical Strategies

The search for the new “drug” is high because of the rising problems of obesity. Due to the numerous positive research about Turmeric’s ability to lose belly fat, it is again put to the test.

Therefore, concluding that the extract from Turmeric plays a vital role in the upcoming fight against obesity.

[source: The Role of Turmeric Tuber]

This study was to evaluate the effectiveness of Turmeric against diabetes, belly fat, and cardiovascular-related conditions. And also to see whether participants can tolerate the Turmeric extract.

Forty participants were given Curcumin and observed for days. The result confirmed what other tests have concluded.

That is, Turmeric can reduce weight, lose body fat, and decrease body mass index. It’s also important to note that this test revealed a reduction in hip circumference.

Moreover, the extract was taken well by each participant.

The multitude of studies confirms the effectiveness of Turmeric against inflammation. Turmeric’s ability to prevent obesity is also on the radar of many prominent bodies.

Rightly so, because every year, the cost of obesity is rising rapidly. But, how does Turmeric help with weight loss?

The research suggests that Turmerics’ ability to reduce body mass comes from its anti-inflammatory properties.

There are two types of inflammation, one is acute, and the other is chronic. Acute inflammation includes cuts, bruises, injuries, flu, or pneumonia.

Your body sends out white blood cells to help protect and heal the damaged area. Chronic inflammation is the same manner as acute inflammation, but the process never ends.

For example, if you have a high amount of bad belly fat (visceral), your immune system sees visceral fat as dangerous, so it sends white blood soldiers to protect the area. And when this goes on for an extended period, the white blood cells could be damaging the nearby organs.

Turmeric has the power to reduce inflammation to keep your body healthy and prevents obesity and related symptoms.

Before using Turmeric for belly fat

Reading up to this point, you are probably convinced that Turmeric should be in your diet.

I thought of the same thing when I was reading all about Turmerics’ Scientific journals.

There’s something you should know…

Eating Turmeric by itself will not provide the abovementioned health benefits because it doesn’t absorb well into our body.

Yes, our body hates Turmeric that it tries to get rid of it ASAP!

Many companies, including Purathrive, recognizes this problem and decides to pair Curcumin with a proven method to increase absorption.

Liposomal is the most studied and clinically tested method to increase the body’s absorption rate of Turmeric.

The Liposomal delivery system has been studied for years, but it only came to fruition in the 1990s after successful commercial production.

And now, Purathrive is taking advantage of liposomes to deliver Curcumin everywhere in the body.

Reviews by Amazon customers seem to think so with a favorable rating of over 80% from 380 confirmed buyers.

I just bought one myself and will update my review once I get my grubby hands on it and have taken it for a few weeks.

The following is a link to my Purathrive Liposomal Turmeric review.

It’s also important to consider that not all companies produce liposomes effectively. According to Christopher Shade, Ph.D., some companies develop liposomes that are too big for our bodies. Christopher goes on to say that the smaller the liposomes are, the better the absorption rate.

And producing smaller, better, efficient, and easier absorbing Turmeric for our body can be expensive.

People may tell you to use turmeric tea to reduce belly fat. I say, don’t.

If you’ve been reading all the research about Turmeric, you’d know that our body has a hard time absorbing Curcumin. Curcumin is the compound in Turmeric that gives it superpowers.

Drinking a cap full of turmeric tea will not give you enough dose of Curcumin because you will just piss it out.

You may potentially be drinking awful tasting, anti-inflammatory, anti-obesity water without the upside.

The best and only way to get the maximum benefit of Turmeric is by injecting it into your bloodstream or delivered orally with liposomes.

There are plenty of documents that eating or drinking nutrients have a low absorption rate.

However, when you combine some micronutrients with other food, they can reach the bloodstream.

[source: Bioavailability and bioefficacy of polyphenols in humans. II. Review of 93 intervention studies]

Turmeric powder for belly fat is not optimal for absorption. Like Turmeric tea, once it gets down to our stomach, our digestive enzymes will break them down before the beneficial nutrients get to our cells and tissues.

But, when liposomes protect the nutrient, it has a better chance of surviving the gut gauntlet.

People use Turmeric to reduce belly fat, and there is a great deal of research surrounding its potency.

Bear in mind that you may not be getting turmerics’ maximum benefit by eating or drinking Turmeric.

Our body’s ability to absorb Turmeric’s essential nutrients and others is abysmal.

Luckily, someone invented liposomes, to protect and carry these super nutrients to pass our diligent digestive enzymes and into our bloodstream.

So, to make sure you are getting the full amount of super Turmeric into your body and reap the benefits, opt for liposome delivered Turmeric.

But before you go clearing the vitamin stores off turmeric supplements, keep in mind that some manufacturers do not create liposomes effectively.

The best liposomes are small and can be expensive to produce. For this reason, the price is affected.

One turmeric supplement that has many positive reviews on Amazon is Purathrive Liposomal Turmeric.

I am waiting for mine to come in, [UPDATE: I got it!] but if you want to know more about Purathrive Liposomal Turmeric, click on this review. 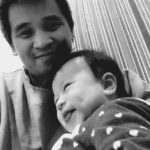 Metabolism of a sloth and a body that’s almost impossible to put on muscles motivated me to study weight loss and nutrition. Sharing what I’ve learned and experienced to help you achieve your ideal body.

Guaranteed weight loss and keep it off. And, an exclusive offer for a $1 Trial Custom Keto Diet Meal Planner

Yes! FREE ebooks that guarantee your success in losing weight. Bulletproof Keto, Delicious Easy Keto Recipes, and Keto Diet 101 will help you succeed in keto. And, the weight management book, Goal Setting For Weight Management will ensure you keep the weight off for good. PLUS cheatsheets, mindmaps, and many more…